The U.S. Census Bureau for some time now is planning a vigorous marketing and outreach effort called the 2020 Census. The Census Bureau is spending $500 million on communication campaigning to broaden the awareness and participation in the important effort. 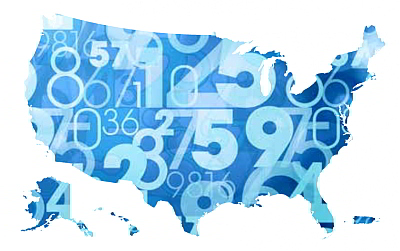 In late January and throughout February, paid advertising in support of the 2020 Census will begin running in print and digital formats, on television and radio, on billboards, and at transit stations. The integrated campaign will feature advertising in 13 languages and continue from January through June. The goal of the 2020 U.S. Census is to count everyone who lives in this country. It is conducted every 10 years and is required by the U.S. Constitution.

Census responses determine congressional representation in the states and inform how billions of dollars in Federal funds are distributed to states and local communities every year for critical public services and infrastructure, including health clinics, schools, roads and emergency services. Some North Central Kansas communities have missed out on resources due to Census under counts.

The households in this part of the United States will start receiving invitations by mail to respond to the 2020 Census in mid-March. Some will receive electronic mail invitations to complete simple, fast, and securely online. All can complete the one-page form online.

For more information, visit 2020census.gov. Please do your part and help others do theirs so EVERYONE living in Kansas on April 1 is counted!

This article appeared in the January 2020 NCRPC Newsletter.

Census Resources to Help You Spread the Word:

Factsheets and Infographics with Kansas-specific data.

Also see http://ipsr.ku.edu/ksdata/census/2020/tools/ for a gallery of tools and resources for local efforts.