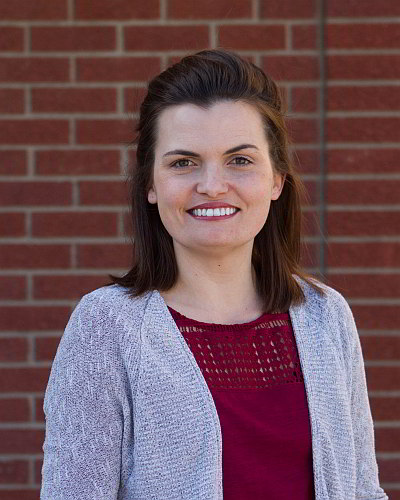 She will succeed Doug McKinney, who last year announced plans to step down from his position this spring. McKinney began with the North Central Regional Planning Commission in 1986 and has been Executive Director since 2008. McKinney and Benedick will collaborate to lead the organization until McKinney’s last day on May 1.

Benedick has been with North Central Regional Planning Commission since 2015 and was named Assistant Director in 2018. A native of the Saint Louis, Missouri, area, Emily graduated with a master’s degree in landscape architecture from Kansas State University.

“I am excited and honored to be named the next NCRPC Executive Director,” Benedick said. “As an organization, we have been advancing rural Kansas since 1972 thanks to the passion and hard work of the executive directors before me. I am eager to explore what new opportunities we can bring to North Central Kansas, as well as continue to ensure our current program offerings thrive.”

Benedick will be just the fifth executive director in the nearly 50 years since the organization was formed.

“We are looking forward to the strategic growth of the North Central Regional Planning Commission under the leadership of Mrs. Benedick,” Hannah Stambaugh, NCRPC Board search committee chair, said. “She brings innovative ideas and passion for the organization and the region as a whole that made her an excellent choice to lead the North Central Regional Planning Commission after the retirement of Mr. Doug McKinney.”

McKinney leaves behind a legacy of 34 years of service that touched the lives of many Kansas residents.

“Doug will certainly be missed,” Stambaugh said. “His contributions to the entire region and state are appreciated. He will always be the biggest advocate for successful communities and economic growth.”

This article appeared in the March 2020 NCRPC Newsletter.