What began as a local Rotary project to install one mural in 2020 quickly became an entire movement in one North Central Kansas community.

A Mural Movement of Clay Center just saw the completion of its 25th mural in July 2022. Clay Center resident and Community Bank President Brett Hubka was president of the Rotary Club when the project began. 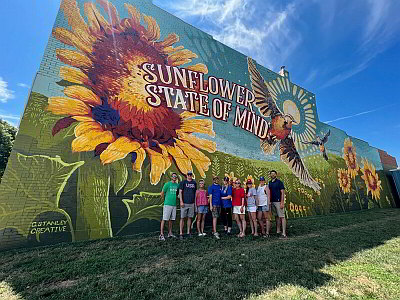 “Each Rotary Club president gets to do a project during their presidential year. It could be as simple as picking up trash to as complex as an entire playground. A mural was actually not my first idea,” Hubka said. “K-State Architecture, Planning and Design students had come at some point to do some plans for the downtown and a mural was included in those plans. For whatever reason it never got done. I presented the idea to the club for a mural and just for fun in my PowerPoint included other buildings/locations where murals could go.”

When the idea took off, Brett reached out to six others in the community with an interest in growing the movement. That seven-person mural committee continues today.

Murals primarily are located in Clay Center, but murals have also been installed in nearby Longford and Green and plans are underway for a mural in Morganville.

While the movement has received some grant funding through the District Rotary and the Kansas Creative Arts Industries Commission, Hubka estimates 90 percent of the funding has come from local individuals, businesses and alumni. To date they have received about $250,000 and donations from 23 different states.

“We’ve definitely reached a different phase in the project,” Hubka said. “We are shifting to a greater focus on promotion instead of installing more murals.”

Hubka offers advice for communities considering a major project of their own. “For any community project, teaming up with a civic organization is important,” Hubka said. “For us two other big keys to success were a great committee and a generous community. We could not do this without either one.”

To view an interactive map of all the murals or to learn more, visit a Mural Movement Experience.

Congratulations to the following organizations located in North Central Kansas that were recently awarded funding through the Office of Rural Prosperity’s Rural Mural and Public Art grant program:

We are pleased to announce the hiring of two new employees and other recent staff transitions. 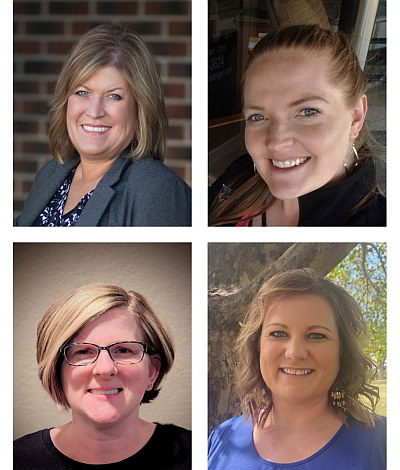 NCRPC welcomed new staff and announced recent staff transitions. Pictured from left to right at top are Deb Ohlde and Bri Beck and below are Chelsea Smith and Kendra Ryser.

Deb Ohlde returned to the NCPRC in July as Strategic Development Advisor. She brings many years of experience in strategic planning, small group facilitation as well as proposal writing/project management in the public and non-profit sectors. Deb first joined the NCRPC in 1994 and served in a variety of roles culminating in Assistant Director, through 2016. She stayed connected to community development while operating her own consulting company, NEW Heartland Freelance. Most recently she was Director of Grower Services for Kansas Corn before rejoining the NCRPC. Deb is a graduate of Kansas State University with a BS in Agricultural Economics and a Master’s in Public Administration. She has completed the Economic Development Finance Professional certification through the National Development Council and the Community Development Institute at the University of Central Arkansas. She is a certified Ice House Facilitator. While Deb will work throughout the region as needed, her primary counties will be Marshall, Washington, Republic, Jewell, Cloud and Clay.

Chelsea Smith began work in September as Administrative Assistant. In this role she provides support to many of the NCRPC programs and handles accounts receivable and provides support to NCKCN, the 501(c)3 Internet Service Provider operated by the NCRPC. Chelsea previously worked in customer service for 20 years—most recently in e-commerce and web data management. She is a Wichita area native and moved to Beloit in 2014.

Changes in the timing and focus of eligible projects were made to the Small Cities Community Development Block Grant (CDBG) Program annual competition grants this year. The CDBG program is administered by the Kansas Department of Commerce (KDC). 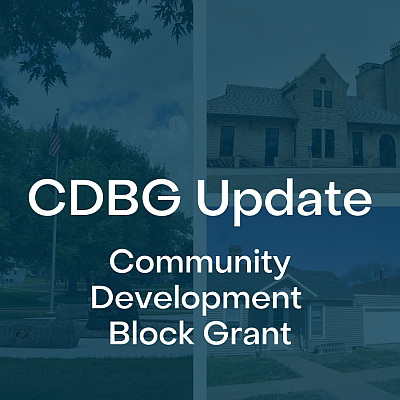 Details for FY 2023 projects were recently released at the Application Workshop. Unless otherwise stated below, application deadlines have been moved from their traditional fall dates to February 1, 2023.

Traditional funding categories for CDBG annual competition grants were housing, community facilities, and water/sewer. The focus of those categories has been expanded. Key changes to note include the following:

To be eligible for CDBG funds, a project must meet at least one of the following federally mandated criteria: benefits low- and/or moderate-income individuals; removes or prevents slum or blighted conditions; or eliminates an urgent need created by a disaster when local funds are unavailable.

For more information about the CDBG program, visit Kansas Department of Commerce or contact the NCRPC Community Development staff. 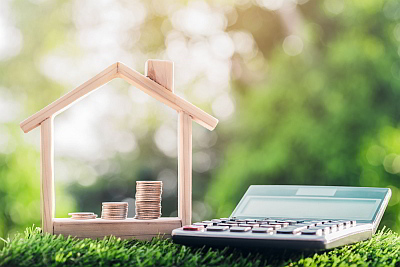 The pilot project known as the North Central Kansas Regional Relocation Program seeks to make home ownership more affordable for those relocating to the region by reducing the barriers of down payments and closing costs. It offers a combination of a 0% down payment assistance loan of $10,000 and closing cost grant of $2,500 when purchasing a home of $50,000 or greater. Eligible home purchase types include existing homes, existing homes with planned/financed upgrades totaling $50,000 or greater, manufactured homes including lot and infrastructure, or new construction. Funds are limited and available on a first come, first served basis. The program officially launched August 15, 2022.

An award from the Dane G. Hansen Foundation of Logan, Kansas, assisted in funding the program, along with a donation from NCK Housing Opportunities, Inc. The North Central Regional Planning Commission is administering the program. NCK Housing Opportunities, Inc. is an affiliate of the North Central Regional Planning Commission.

Program eligibility includes relocating to an eligible county in North Central Kansas within the past 18 months prior to the request. Additionally, the primary bank loan must be provided by a bank having a physical location in the North Central Regional Planning Commission 12-county service area.

“We are pleased to bring this program to North Central Kansas,” Program Manager Debra Peters said. “It offers new residents up to 18 months to experience all the region has to offer before staking roots here.”

Results of the pilot program will be used to develop a permanent regional relocation program in 2024.

For more information about the program, contact your local bank or realtor or visit the NCK Regional Relocation Incentive page.