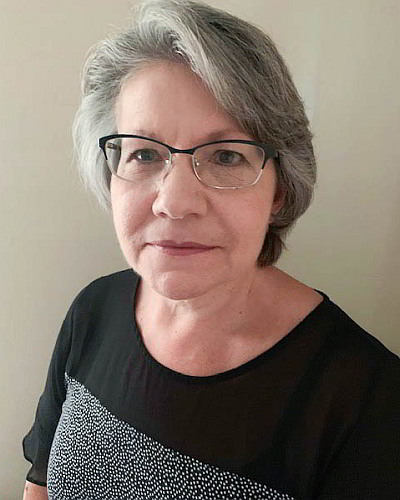 Carol Torkelson has been with NCRPC since 1980 and has been housing director since 2008.

Change. That has been one constant in Carol Torkelson’s 40-year career with the North Central Regional Planning Commission.

Torkelson celebrated the 40-year milestone on May 19. During her tenure, Carol has worn several hats. She hired on as a bookkeeper, which evolved to administrative assistant and personnel officer. She has been housing director since 2008. Technology has changed significantly during this time.

“When I started, I was using onion skin paper and carbon paper to make duplicates in a typewriter and we were doing ledgers by hand,” Torkelson said. “Now, technology is so advanced that our staff could work remotely this spring when the office was temporarily closed.”

She also recalls Internet discussions taking place early on at an annual meeting.

“Our executive director at the time, John Cyr, wrote a demonstration grant and North Central Kansas Community Network, also known as NCKCN, got its start,” Torkelson said. NCKCN continues to connect rural households and businesses to the Internet through a variety of services.

Office staffing and location have been other key changes during her career. When Carol began with the organization in 1980, she worked under the very first executive director in the basement of the Beloit Municipal Building. The office moved to two different locations on Main Street before moving to its current location at 109 N. Mill Street in Beloit.

“When we moved to this building, there were empty offices. Now every office is full and some are even doubled up,” Torkelson said. “In 2022, the NCRPC will celebrate 50 years and is under the leadership of just its fifth executive director since the organization was formed. To me, that really speaks to the history of the organization and the commitment of many long-term staff members.”

According to Carol, the importance of people and relationships has remained constant.

“When I reflect back, I think about all of the people that have been involved with the organization over the years — not only staff, but also local governments, board members, and many from agencies and other groups that we routinely partner with,” Torkelson said. “The interaction with people has been special.”

Originally from rural Osborne, Carol had just graduated from North Central Kansas Area Vocational-Technical School (now known as NCK Tech) when she applied at NCRPC. During her 40 years with the organization, Carol got married, raised kids, and is now enjoying grandkids and watching others in the office raise kids.

“So much life has happened here,” Carol said. “I am thankful for the organization being family-oriented and flexible.”

Torkelson has helped many individuals and communities in the region over the past 40 years.

“Carol’s unwavering commitment to the NCRPC, as well as her big heart for helping and working with our communities, is aspirational,” NCRPC Executive Director Emily Benedick said. “She has seen the NCRPC through all the ups and downs over the last 40 years never hesitating to step in where she is needed to help move the organization forward.”

This article appeared in the July 2020 NCRPC Newsletter.